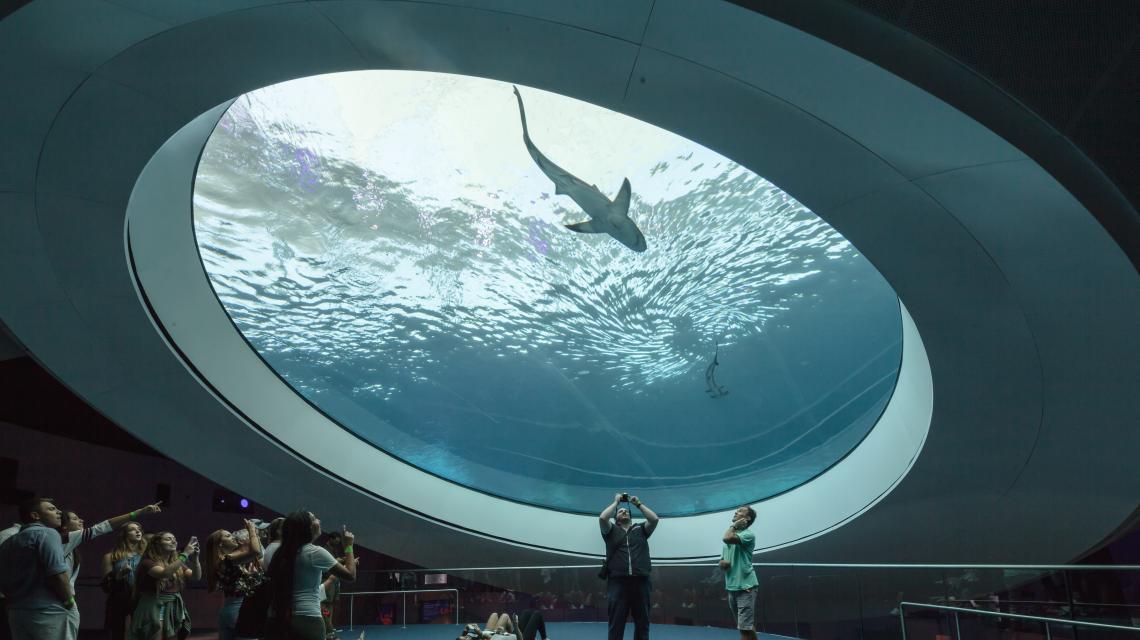 At the heart of the Phillip and Patricia Frost Museum of Science's new facility is the Living Core - a striking aquarium composed of exhibits and interactives, placing visitors eye-to-eye with the region's underwater life and putting science in context to reveal the larger, complex natural systems we are all part of and dependent on.

Thinc conceived and designed the revolutionary, 500,000 gallon Gulf Stream Tank, which depicts the open ocean where sea life knows no physical boundaries. Dubbed 'The Martini Tank,' it is an enormous object of wonder, suspended above the gallery space, that disappears entirely when viewed through its 30' oculus. Thinc also conceived the balance of the living exhibits, which include an aviary with diving birds, a mangrove nursery, a living Indo-Pacific coral tank, an Atlantic reef fish tank, and a ray touch pool. 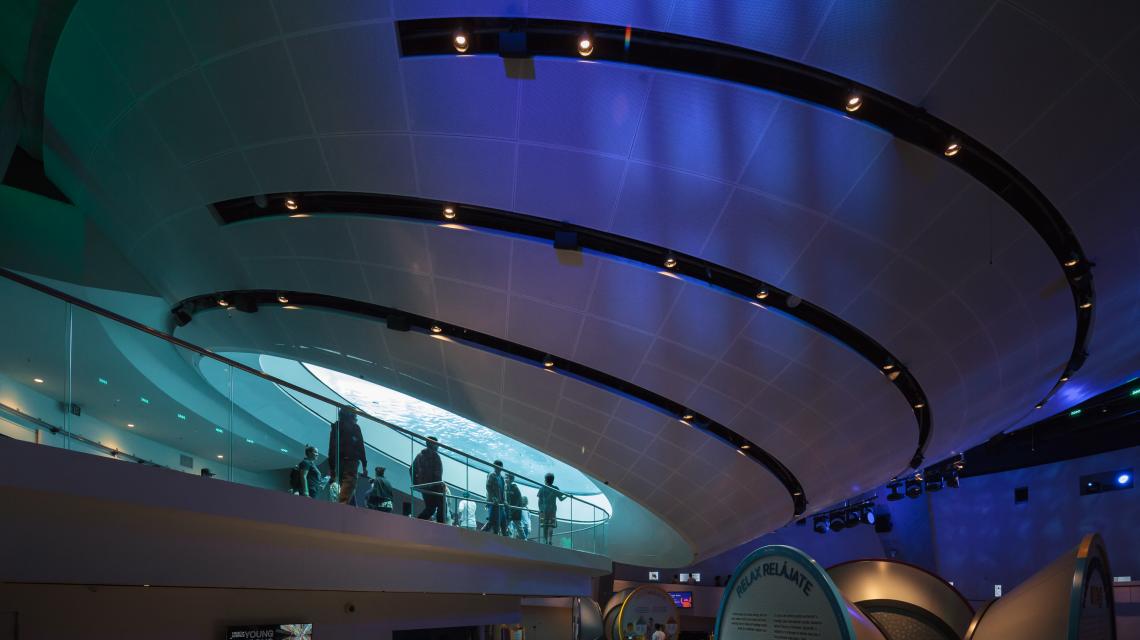 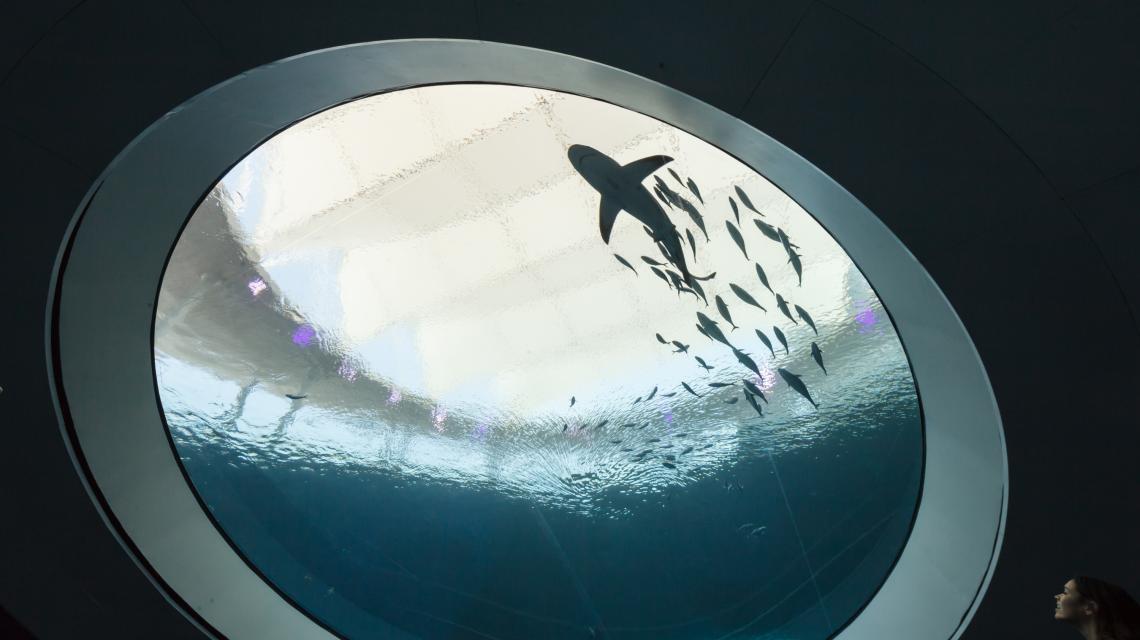 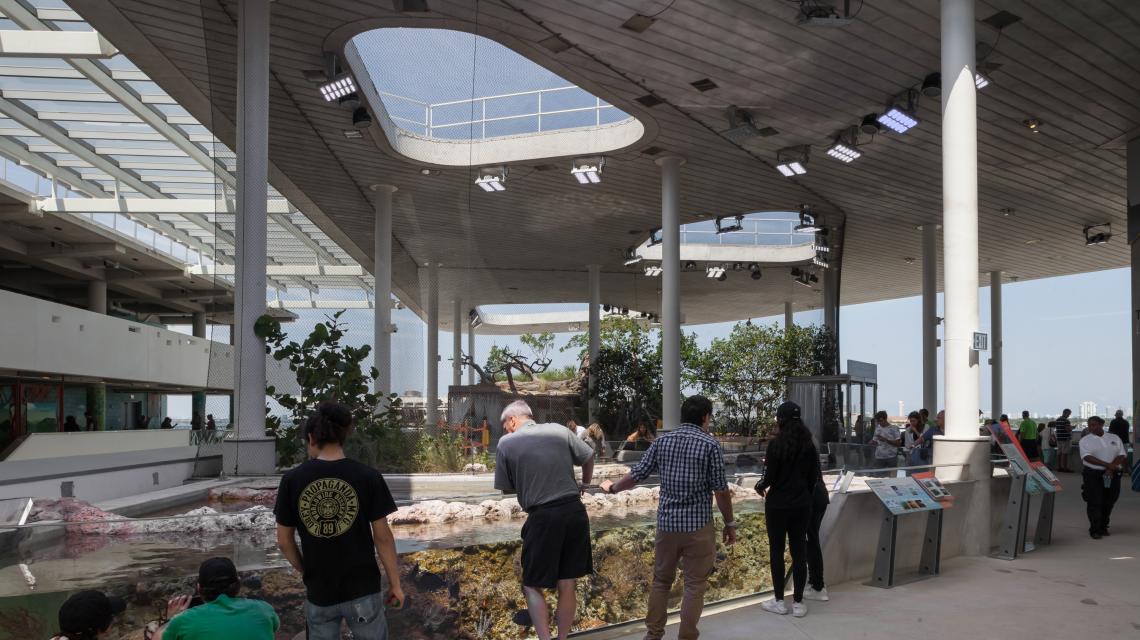 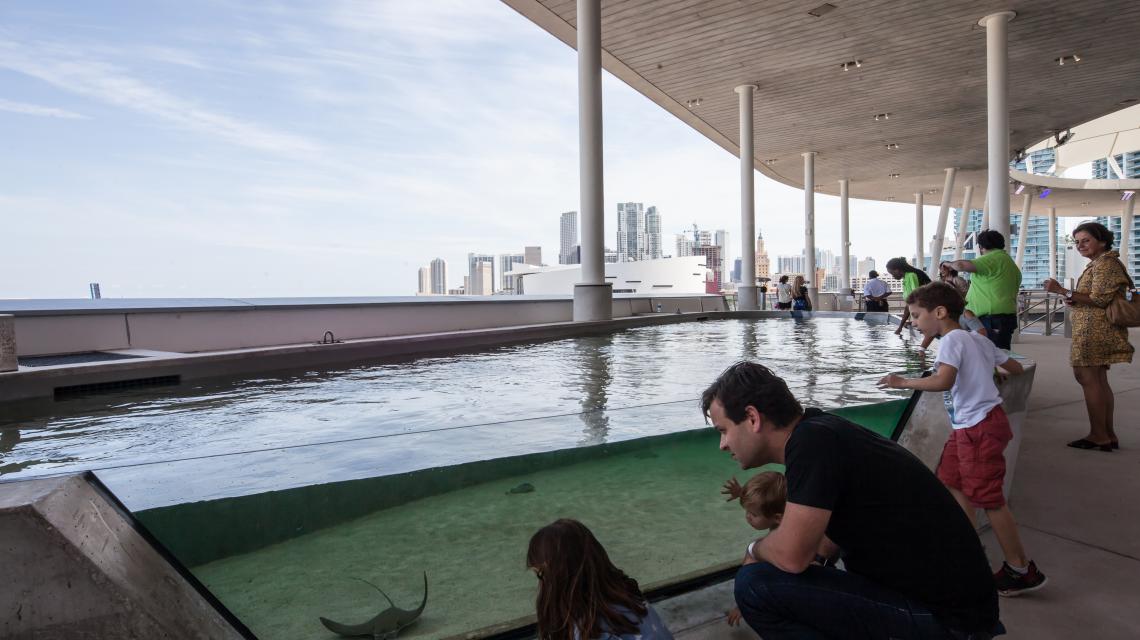 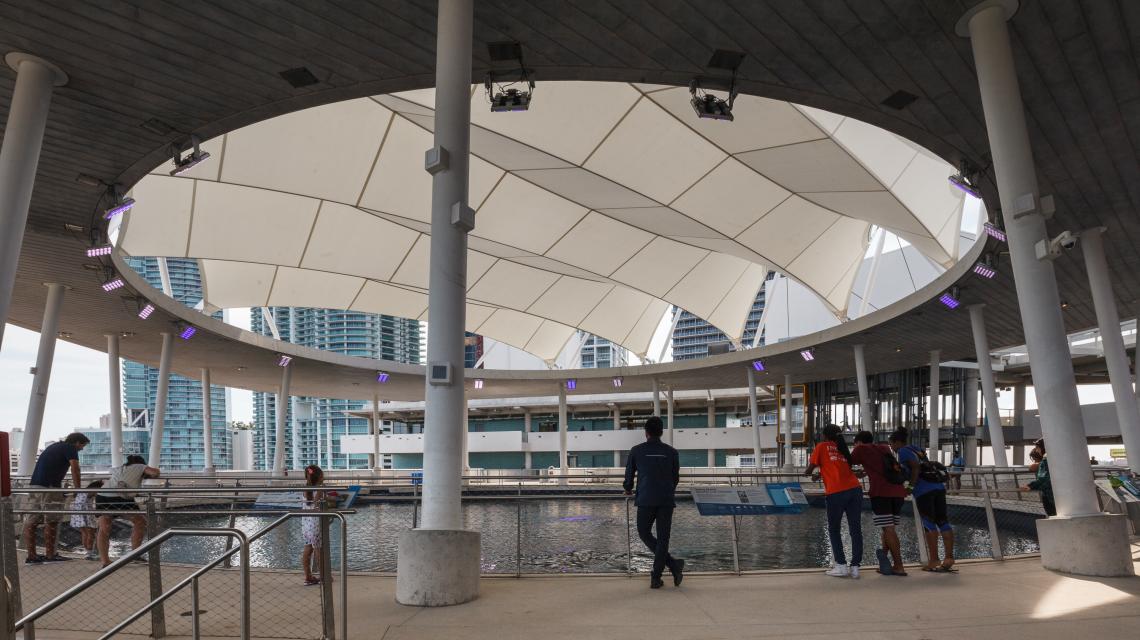 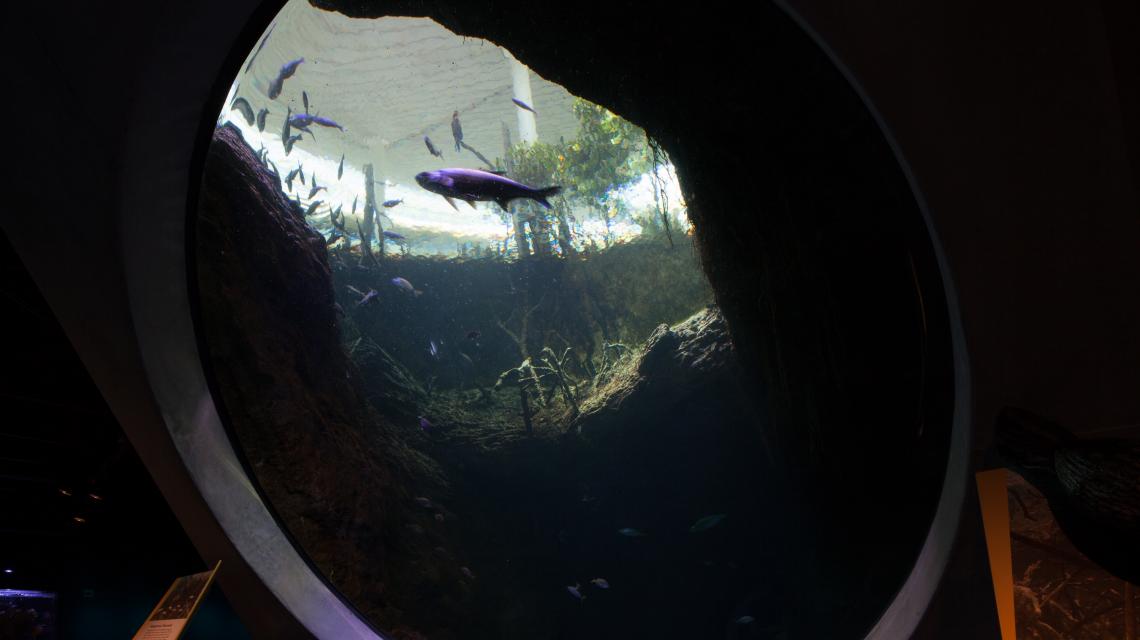 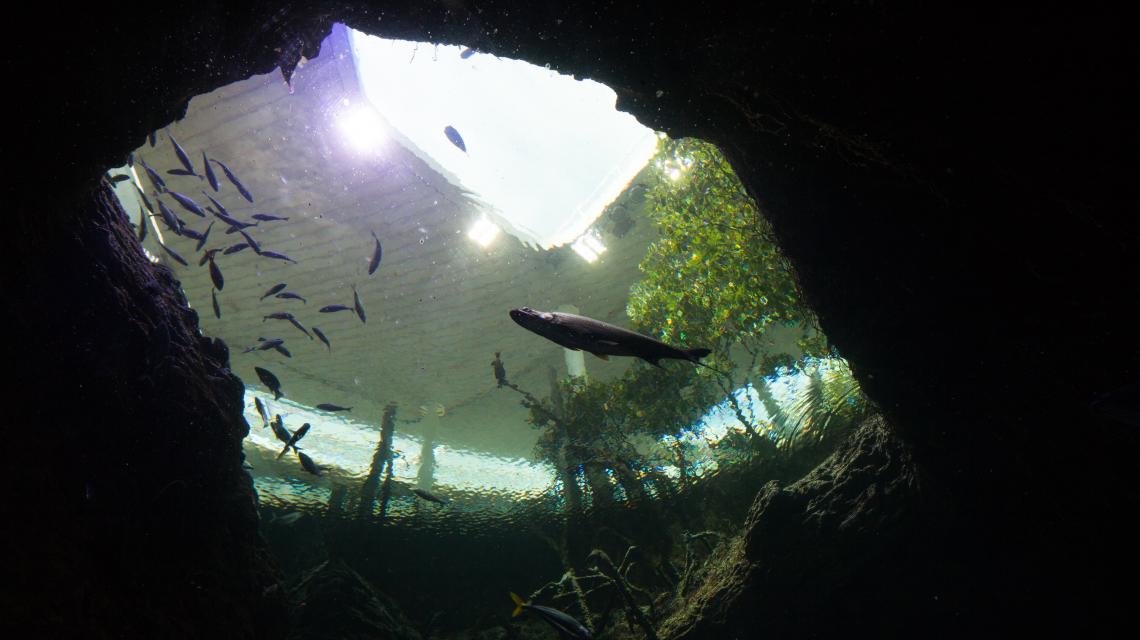 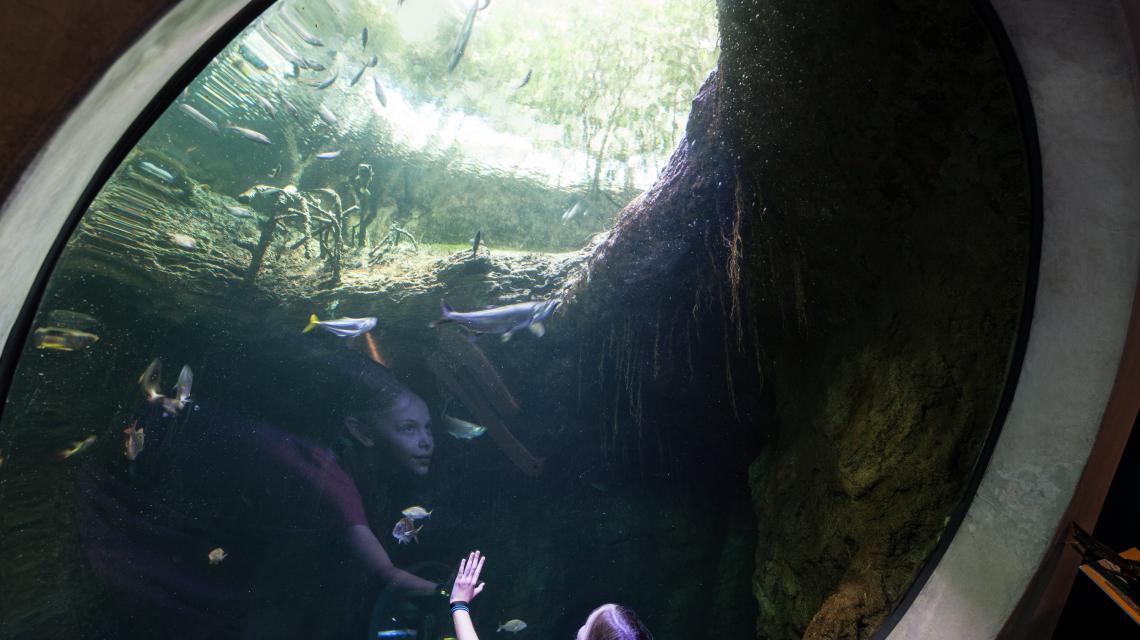 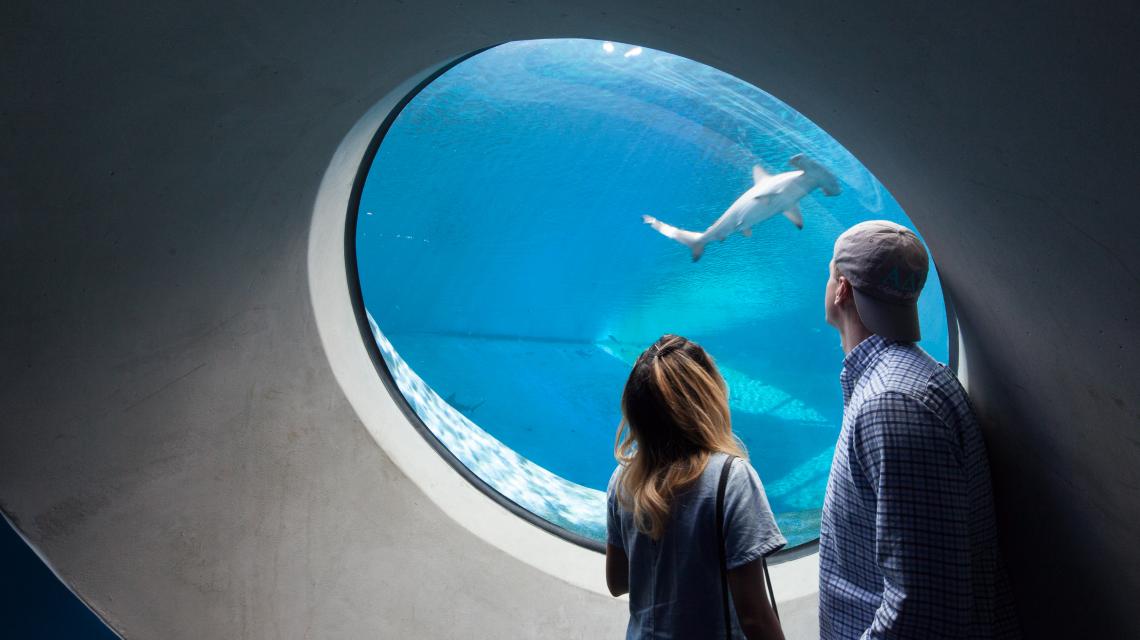