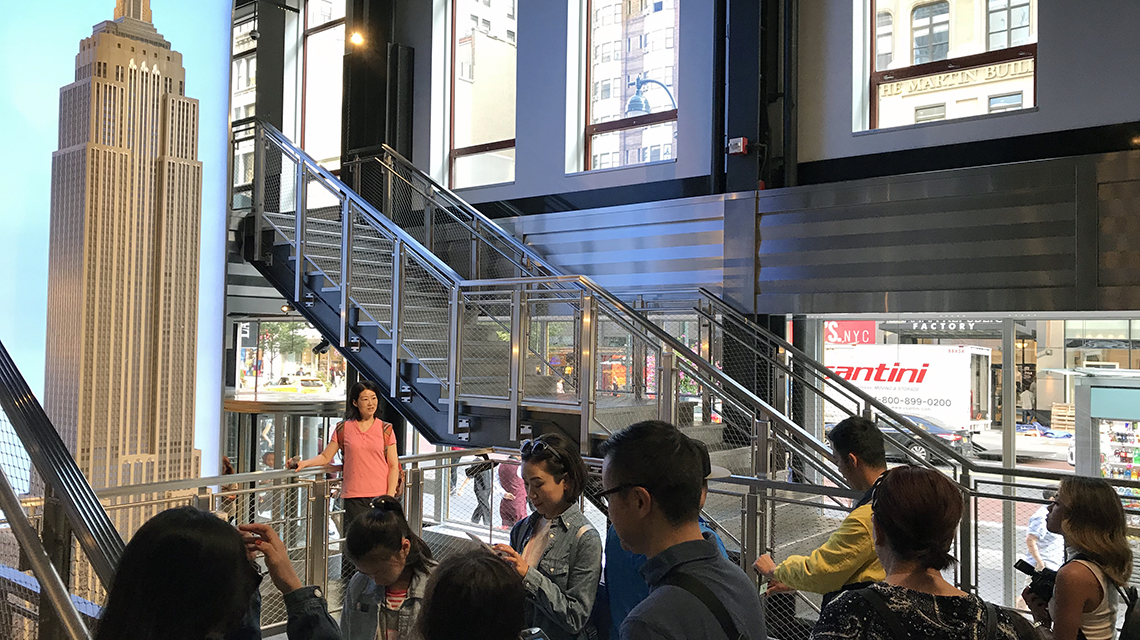 The spectacular reimagining of the Empire State Building's Observatory experience is now open to the public. In addition to its singular views of New York, the building now boasts state-of-the-art exhibits about the World’s Most Famous Building and the city around it. Our goal was to deliver an authentic, Instagram-ready experience grounded in the building’s history and inherent optimism.

To achieve this goal, Thinc designed a series of immersive exhibits to transport visitors through the building's storied history as a wonder of the modern world: its innovative and rapid construction process, its grand opening in 1931, its continued leadership in energy efficiency to this day, and its role as an urban campus that provides singular amenities for its occupants. Visitors experience the building as an icon of popular culture: whether in movies, broadcast media, comics or commercials, the Empire State Building stands for New York City in the popular imagination. The exhibits plunge visitors directly into an epic scene with King Kong himself, while also giving them a taste of the building's many other starring moments on the silver screen. The experience captures the building’s essential character, its place in the cityscape of New York, and its place in cultural history.

The first phase of the project (completed in 2018) created a new entrance on 34th Street, which graciously accommodates increasing visitation to the ESB, already in excess of four million people annually. The centerpiece of the new entry is an extraordinarily crafted, architecturally accurate two-story model of the building, framed by a stainless-steel grand staircase replete with details adapted from features of the Empire State Building. The new lobby features automated, Deco-inspired ticket kiosks, digital directional signage in nine languages, a green room for VIP guests, a state-of-the-art security system, and interactive host screens. Together, these elements create a seamless entry experience for visitors from all over the world.

The second phase of the project (completed in 2019) transformed the visitor experience from a series of snaking queues into thrilling interactive galleries — creating the only museum in New York open until 2am. The exhibits honor the building’s history, and the men and women who made her possible. Spread over five distinct levels, this modern Empire State Building experience culminates in stunning, 360-degree views of New York City from the 102nd Floor. Perched 1,250 feet above the center of New York City, the 102nd Floor offers extraordinary, 360º views day and night. For the first time ever, guests can take in the city’s majesty through full-height, floor-to-ceiling windows that open the view as never before.

The renewed Empire State Building experience was completed with contributions from Beneville Studios, IDEO, Squint/Opera, and a host of other consultants and production partners. 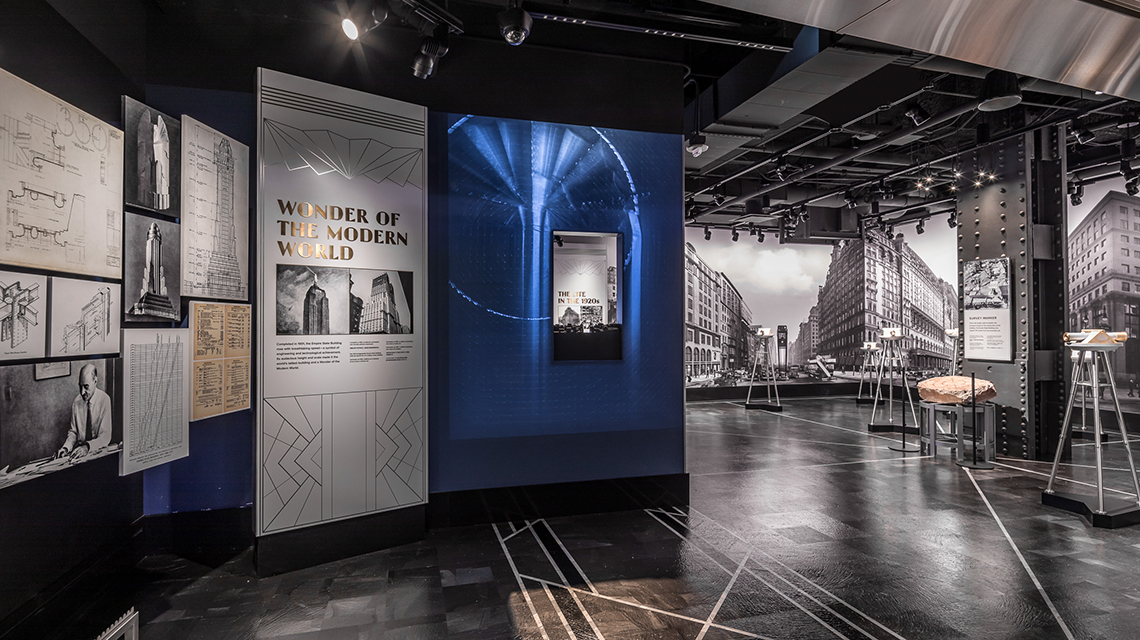 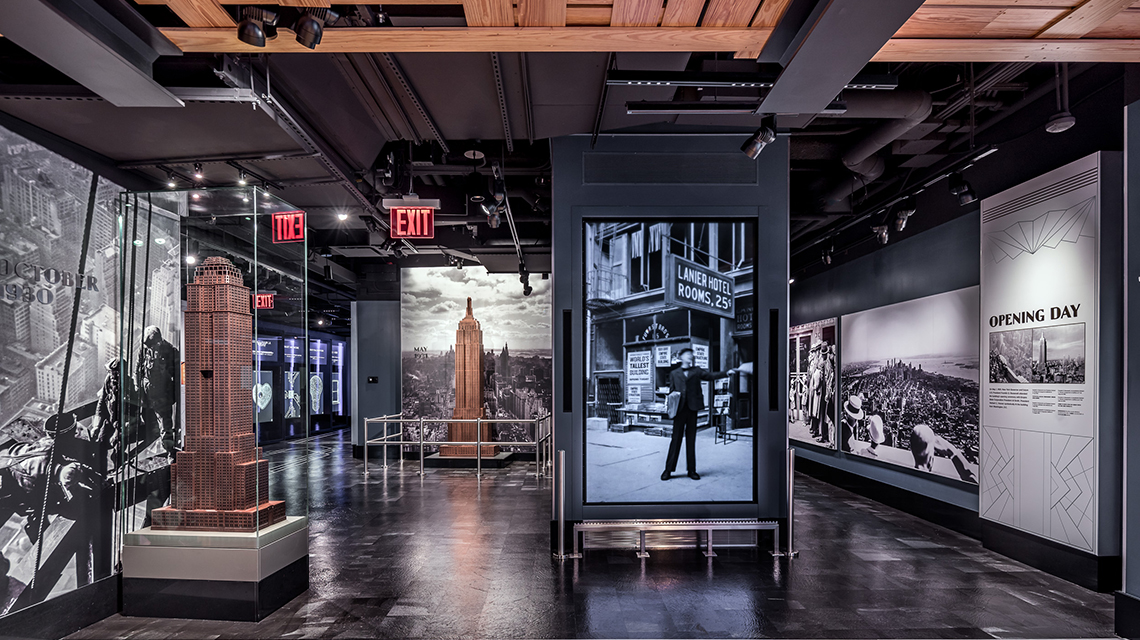 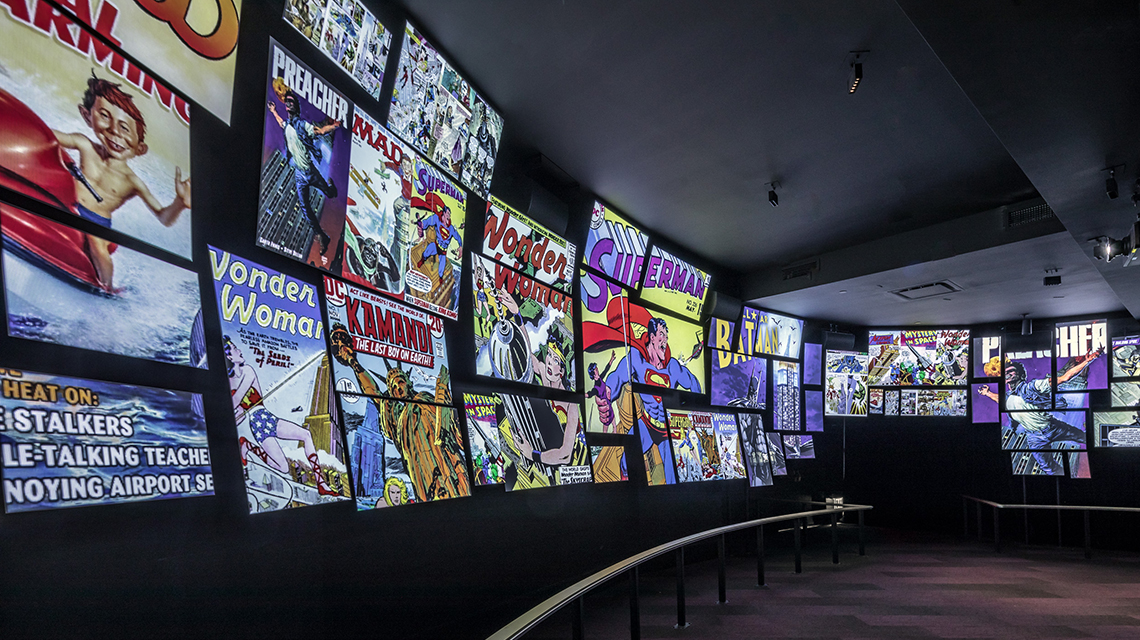 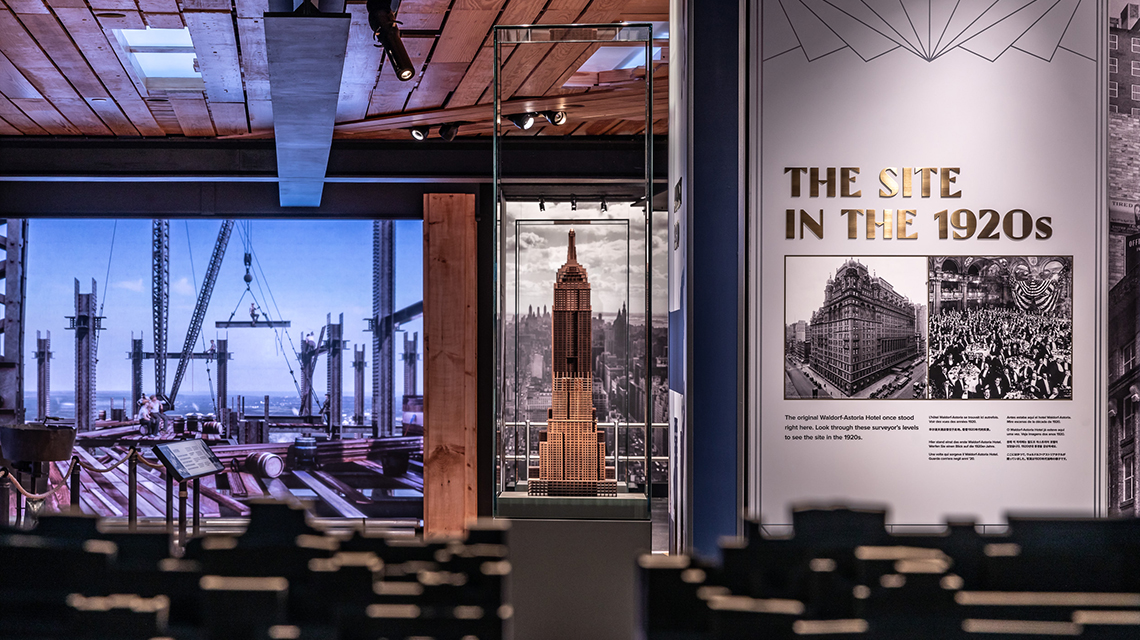 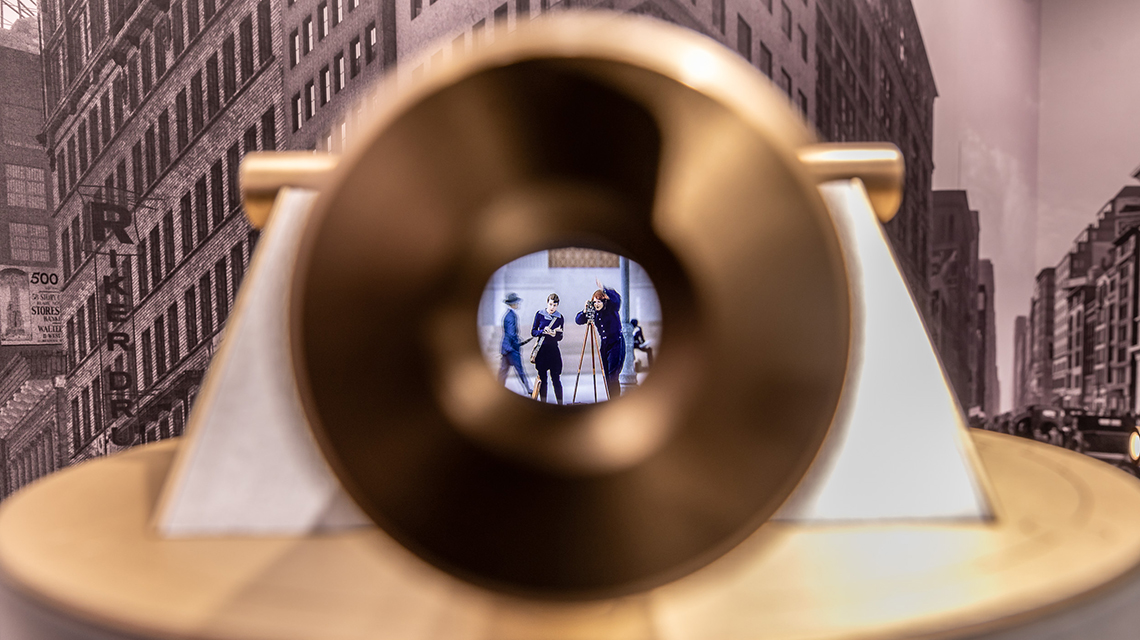 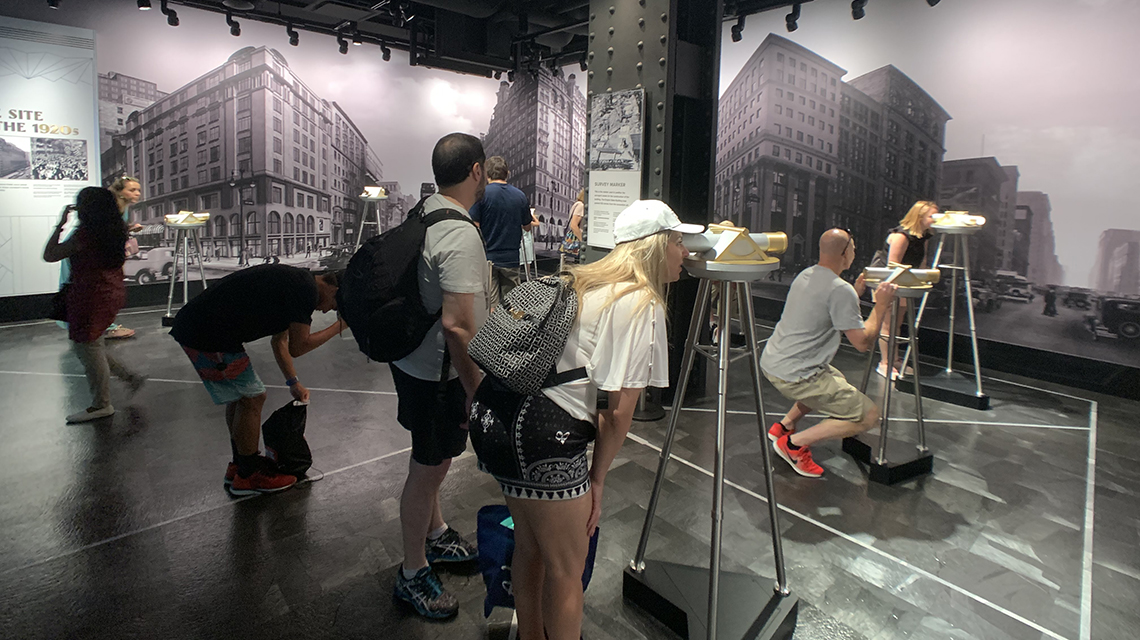 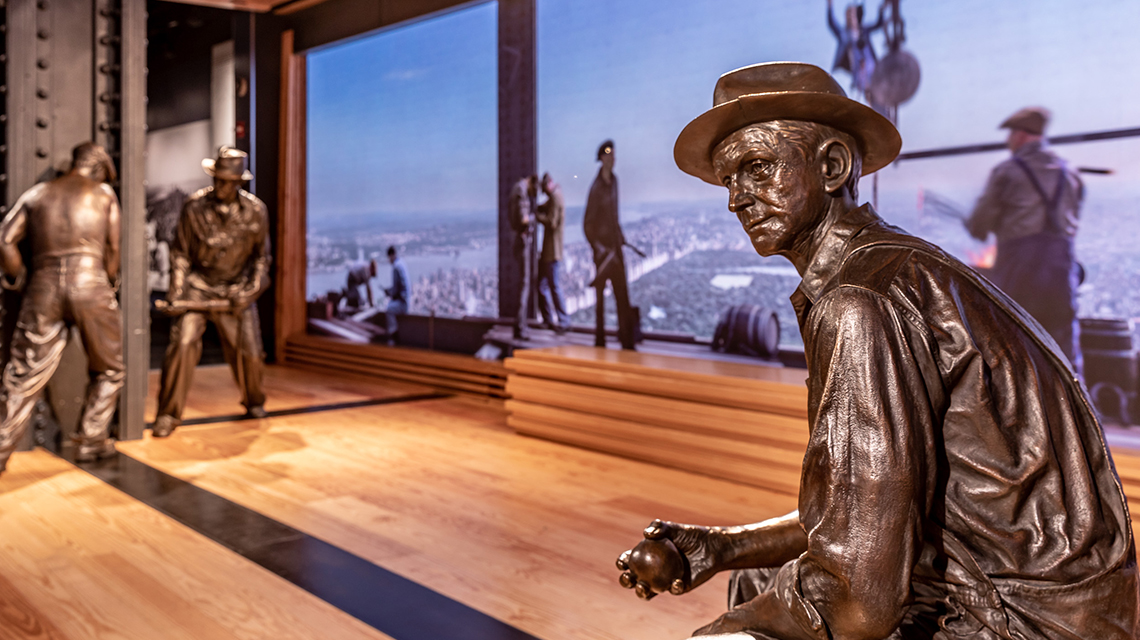 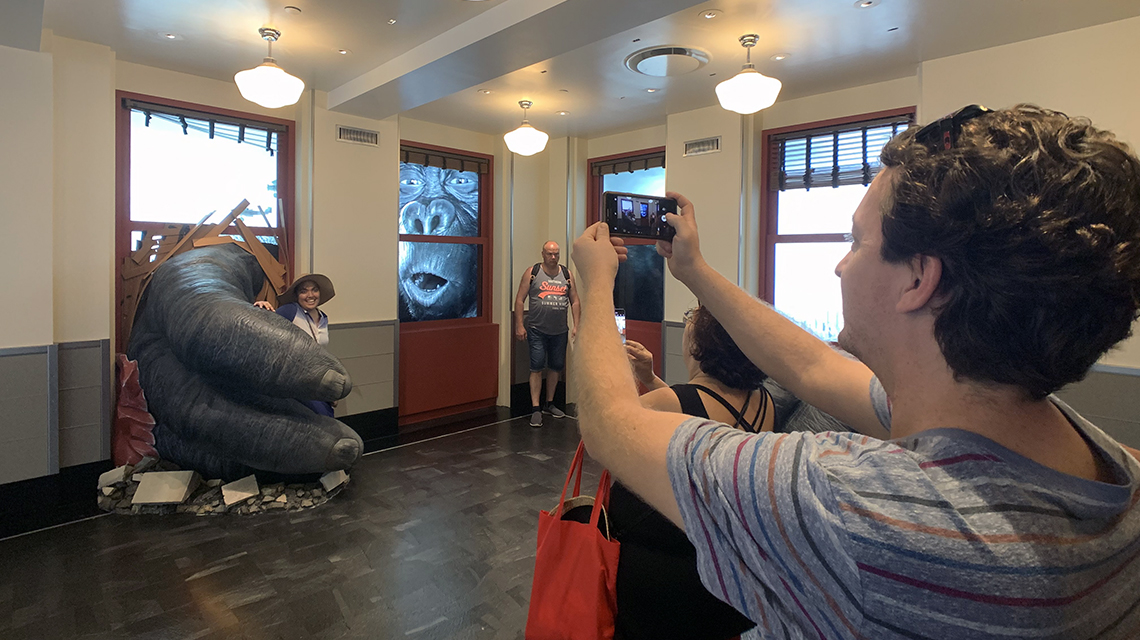 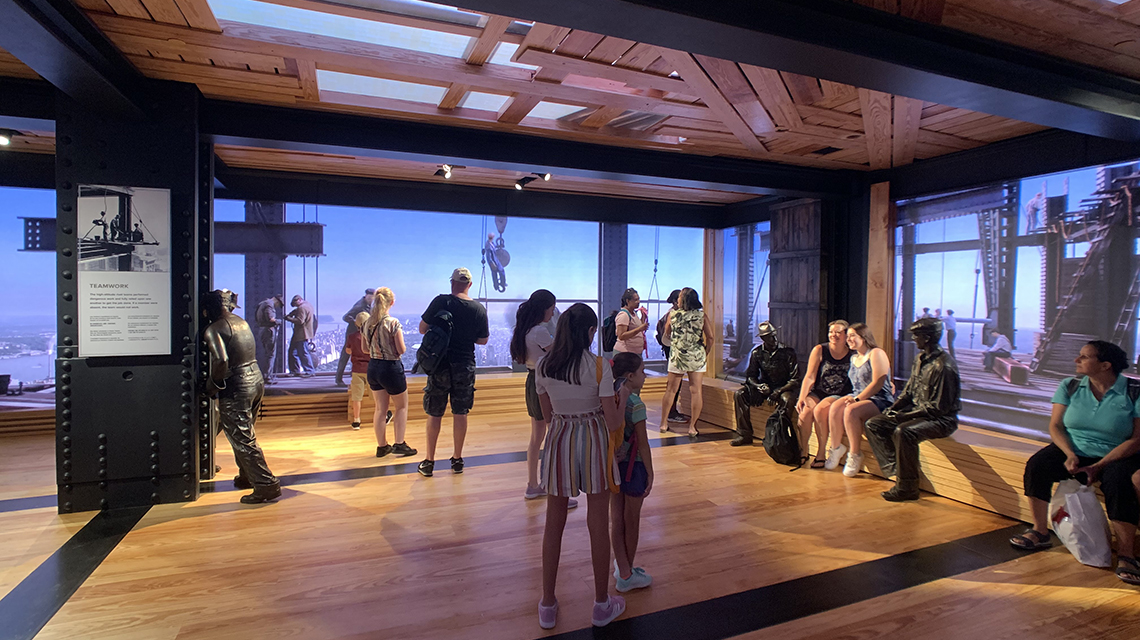 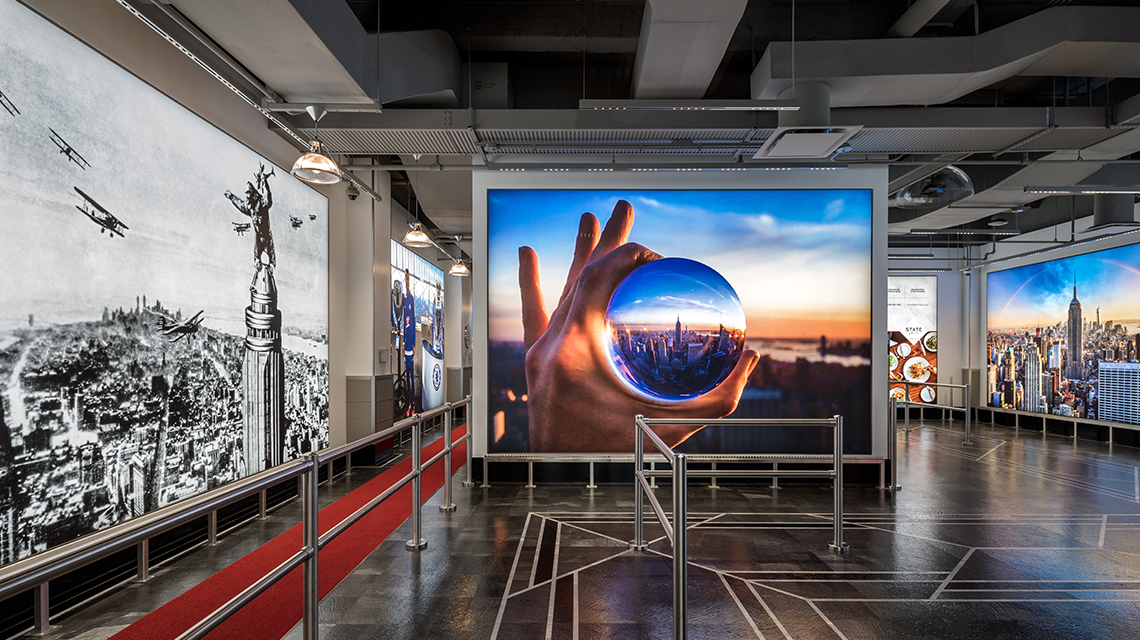 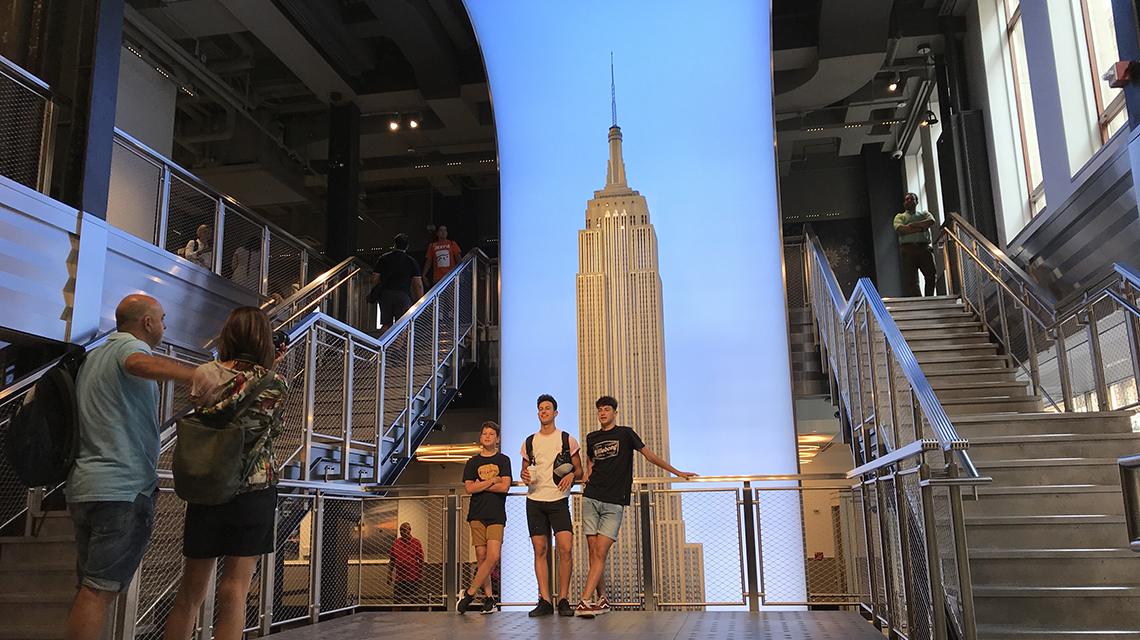